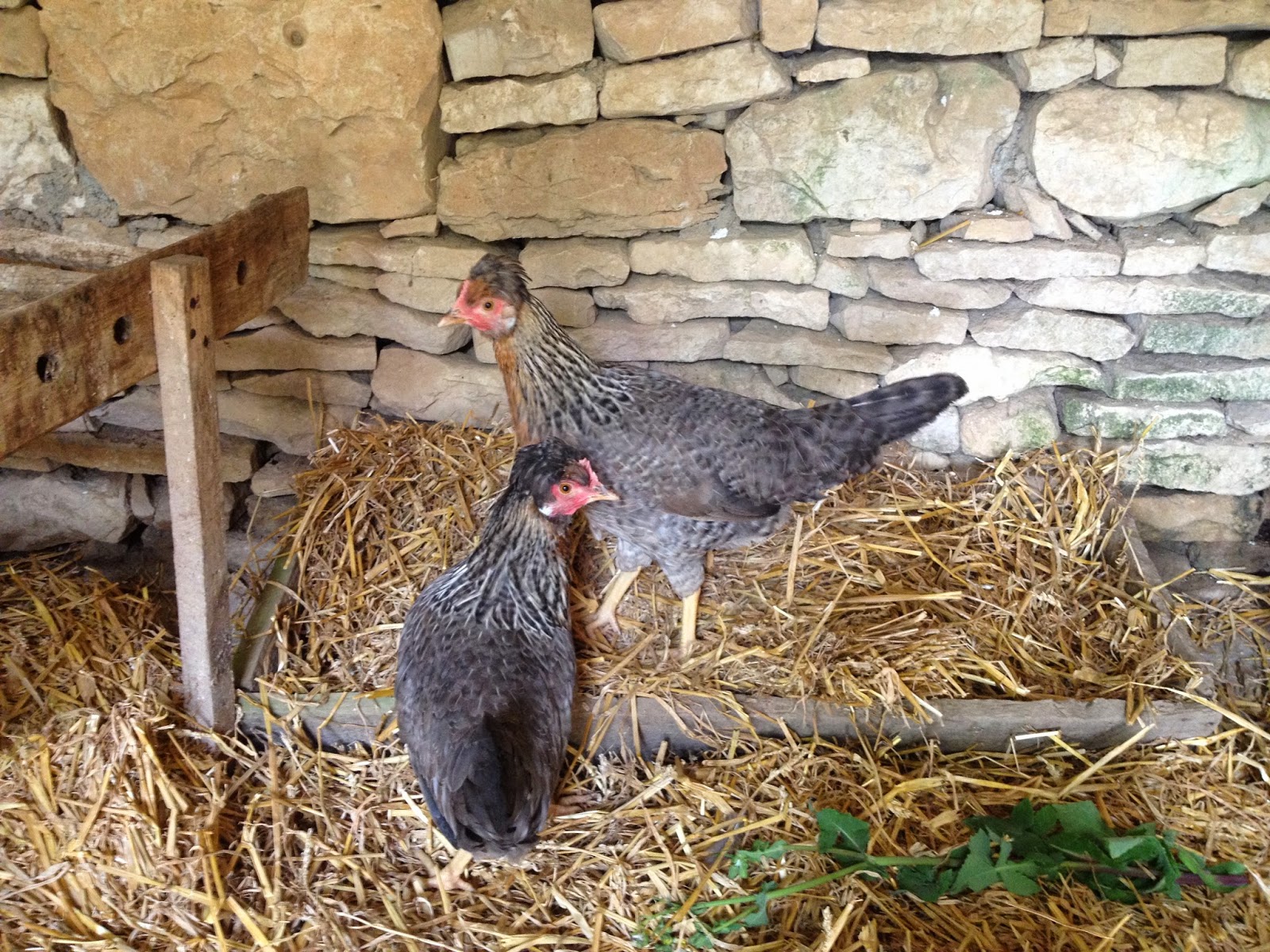 My chickens are finally here.  So happy.

I have the 2 girls now, and the rooster arrives in a few weeks.  He is still a bit young and needs to learn how to be a big boy before coming to live with us.  Mind you, the girls are still quite young and have a bit of growing to do as well.

They have settled in fabulously.  Loving their new coop, and letting me have little pats each morning.  Hopefully they will be quite tame and will sit for lots of cuddles and pats before too long.

Sophie is happy too.  She has missed having chickens to guard.  Yesterday she made her inspection and then sat outside the door purring.  I could swear she was smiling.

The breed is Legbar (lays lovely blue eggs) and they come from Anne over at Arbes et Abeilles.  Fabulous plant nursery, and chickens too!
Posted by Debbie at 11:06 No comments:

and suddenly there were bees! 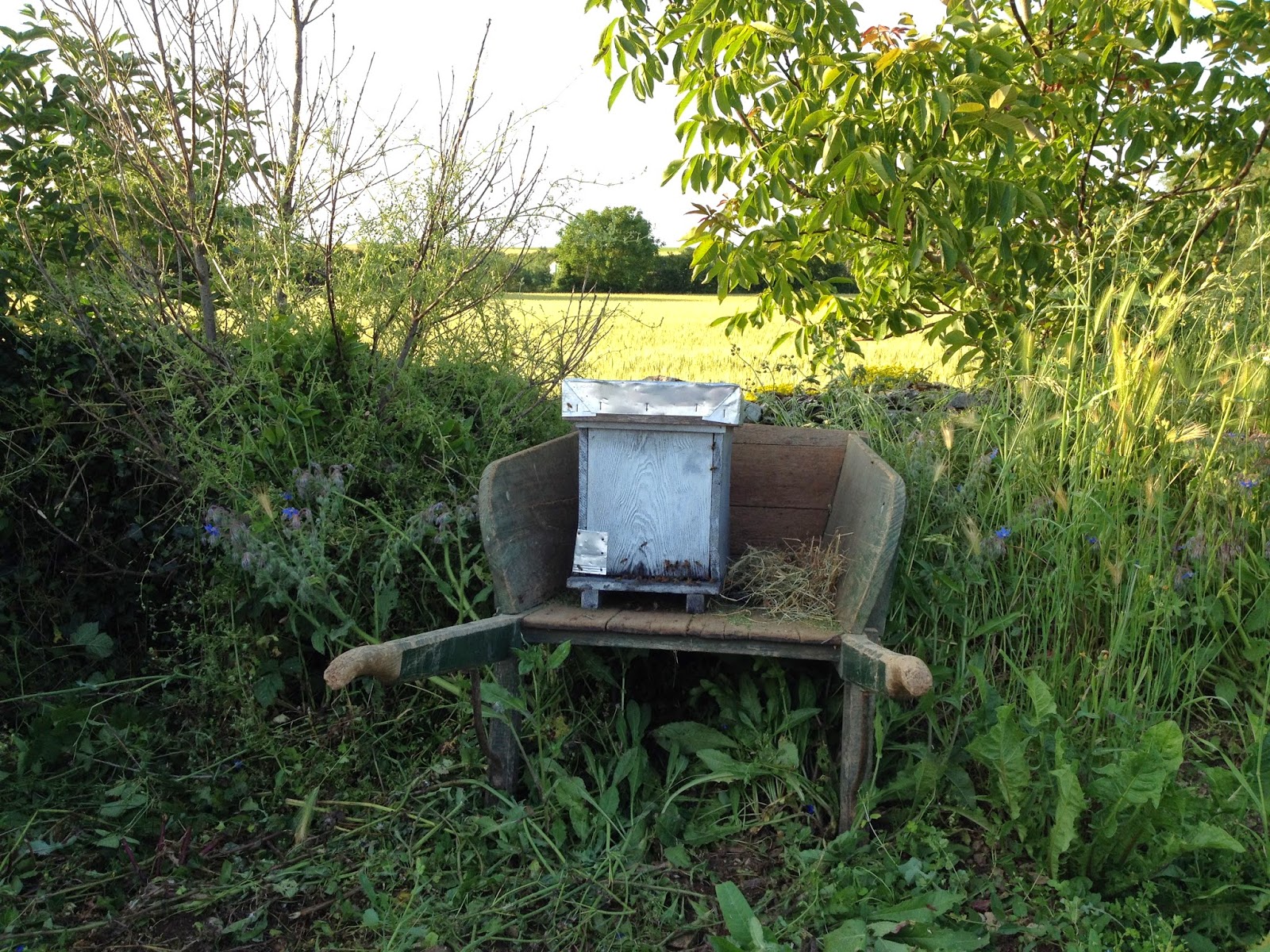 I was going to do a post about the wild orchids growing in the terrain today..... but as sometimes happens, another topic came to the forefront.

Last tuesday I had a very busy day.  Wayne had to fly to Sweden, which meant a train at "ugly o'clock" in the morning.  I drove him to the station, stayed in Poitiers for a little shopping, then returned home in time for a quick lunch before working that afternoon at the museum.  Of course, being a busy day, it did not stop there.  I had to go home from museum, finish off some light summer trousers I was sewing, so that I could wear them the next day on a trip, then I had a council meeting to attend.  You are starting to get the picture that I hardly had time to think, let alone sit for five seconds and breathe.

In between getting home and gobbling down some dinner, before rushing back out to the Mairie,  my neighbour knocked on the door.  He had been strimming along the drystone wall that runs along the boundary of our place and his, and on our side he ran into a bee swarm......

Literally walked right into it - with strimmer running - and bees trying to guard their queen from the nasty invader.

Luckily he was not stung, although he did do the crazy bee dance trying to wave them away whilst backpedalling very fast.

A friend of his is an apiarist, and was very happy to come and collect a healthy swarm of bees.  So he came and placed a beehive beside the angry mass of bees and gently smoked and coaxed them into moving house.  As it was late in the day and the bees had been upset enough already, the hive was left in place till early next morning to enable them to calm down and settle in.

Bright and early the next day (again! another 5:00am start - eek!) the beekeeper arrived and gently loaded the bees into his van for their trip to a new home.  I waved them off, then went on a coach trip to Beauval Zoo... but that is a story for another day....

I have been promised a jar of honey when it is ready to be collected, and suffice to say, whilst I am happy that my garden is so appealing to the wildlife I would rather not have bee swarms to deal with -  or snakes dropped on my feet for that matter (are you listening Sophie?).

Not many photos as I was not willing to get too close to all the action.  I am super allergic to bees!

It seems that every time I have a really busy day, some other drama arrives to cap it off.  No one can say life in the country is boring! 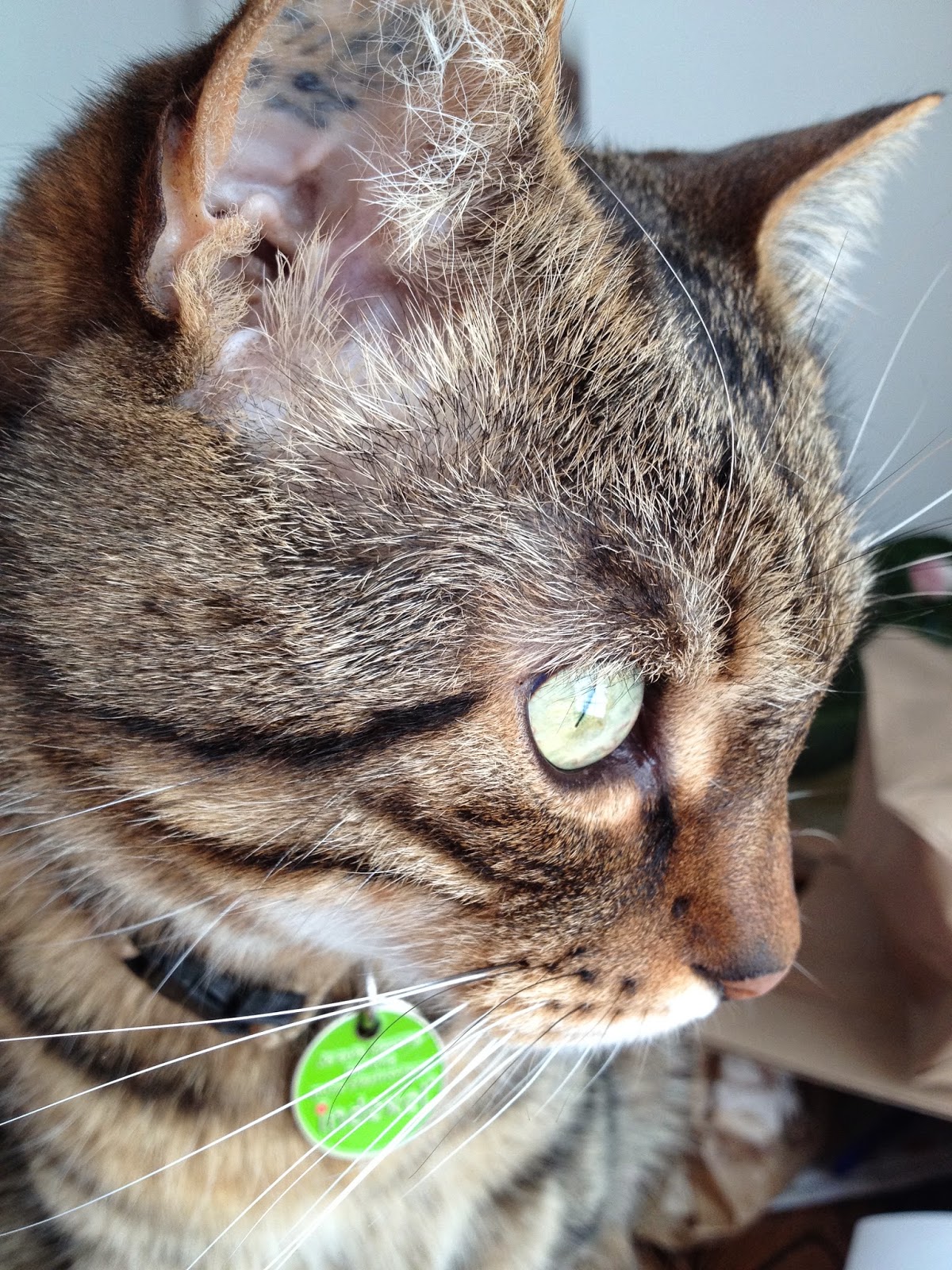 Just because, a photo of my baby boy Guy.  Isn't he gorgeous!
Posted by Debbie at 19:51 No comments: 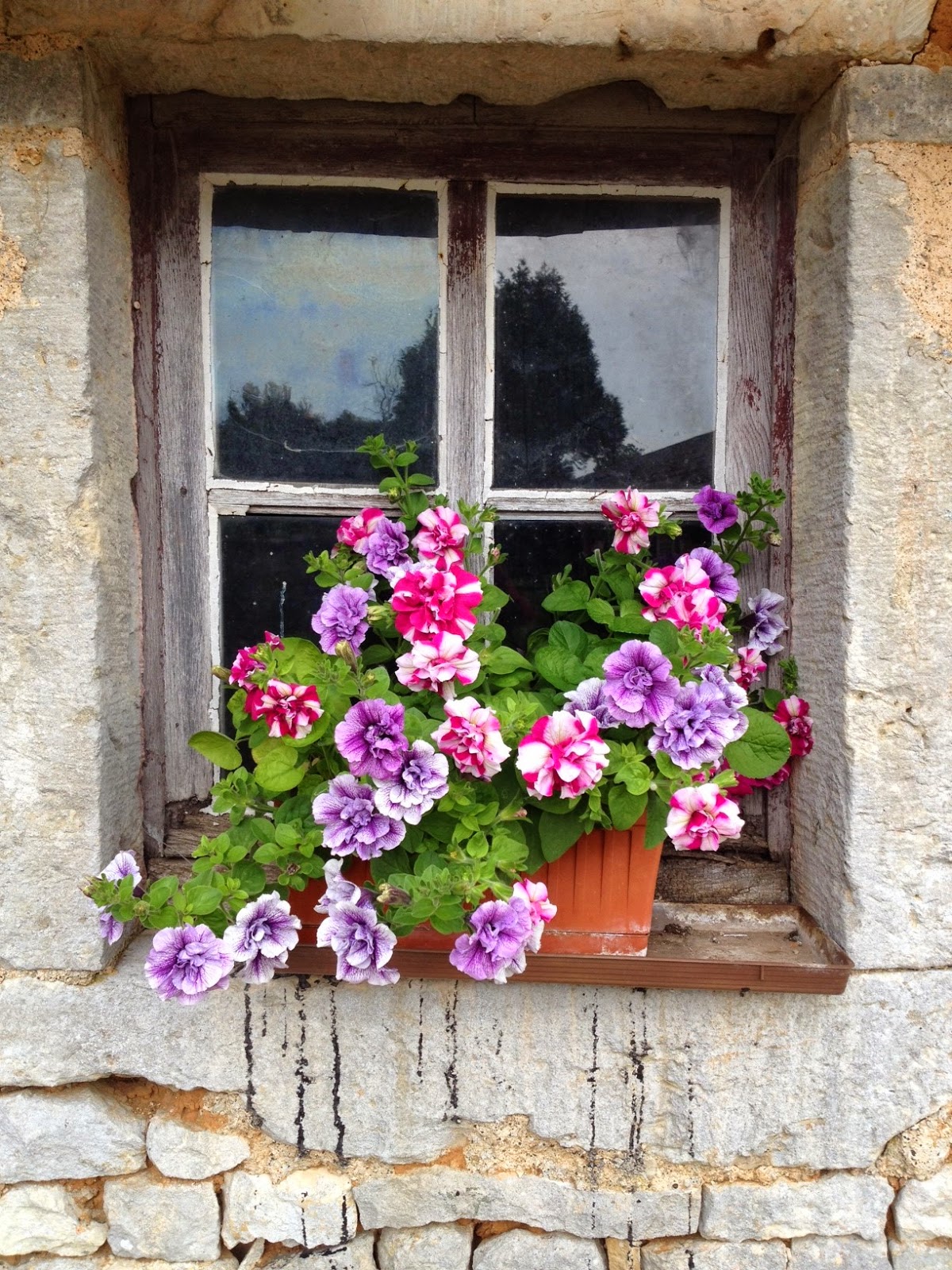 Just a quick post with an image of the cellier window filled to overflowing with petunias.

Everything is just looking so beautiful at present, and I am super busy keeping it looking that way, whilst still advancing the garden works, and keeping up with other chores.
Posted by Debbie at 15:33 2 comments: