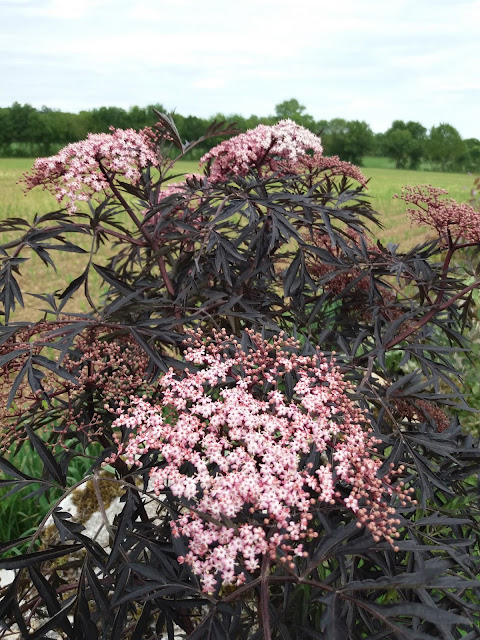 Well, spring has definately sprung here.  We have flowers everywhere and chicks starting to make an appearance.  The raptors that nest in the niches of our house have fledged and the swallows are back to dive bombing and chittering like crazy.  My black elder is looking magnificent with its raspberry pink blooms.  May have to put in a second one as they are so beautiful.

The irises are magnificent this year, but each time I get a flush of flowers it rains.... so they turn slimey and wilt.  Bit annoying.  Keep checking each morning and taking heaps of photos as they bloom. 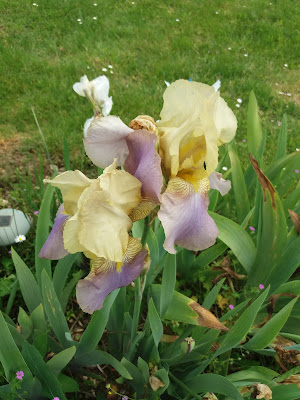 Clovis is nearly two and is starting to calm a little.... a very little.  Getting better at obeying and even though he bounces a lot, he will sit when asked.  He is just too full of energy.  I still think he is the most beautiful poodle boy on earth and we have lots of cuddles.  When Wayne is away he sneaks onto the lounge at night to snuggle with Guy and I while we watch tv.  So cute.

All the veg are in and this year the potager is fenced so hopefully the fruits of my labours will get to be eaten by us not the deer!  Unfortunately we had very hard frosts mid May, so we have lost most of the fruit that had set on the trees.  Still a bit there, but not a lot.  Might be another lean year for the jams and jellies.

Apricot hatched one chick, and then abandoned her nest to rear the one baby.  I put the eggs under another hen, who hatched one chick, but then didn't look after it.  So unfortunately the second chick died at 3 days old.  She is still sitting on eggs, so hopefully this week we will have more chicks.  I will take them from her at 2 days old and give them to Apricot to raise.  Apricot is a fabulous mother and teaches her chicks well.

Two talks coming up in next few weeks.  One on medicinal plants that have deadly side effects, and the  other on Roman era medicinal herbs.  Will be working on the Roman herb garden this week and making sure it is fully stocked before the talk.  My own herb garden has expanded rapidly and is doing well.  The chickens benefit from fresh herbs in their diet and in their nesting boxes, and from less insects in their coop.  We benefit from tasty additions to meals.

My borders along the boundary fence are coming along.  I increase them gradually as I have the plants to fill the space.  Metre by metre it is creeping along the wall and framing the terrain.  Last week I put in over 60 plants that I had grown from cuttings or divided from other plants.  I have a few trays of seedlings which will go in over the next few days to fill in the gaps.  Lots of lupins, poppies, zinnias and other pretties.

The beautiful rose that Wayne gave me for our wedding anniversary this year is flowering and looking lovely.  It is a Pierre de Ronsard, so big lush dense flowers, but unfortunately no perfume.  Not a huge deal for me as they just look so gorgeous. 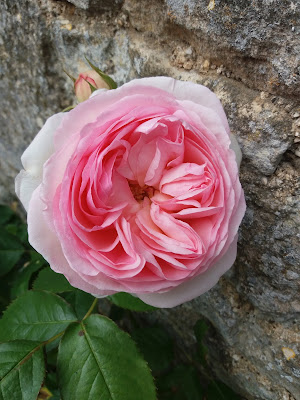